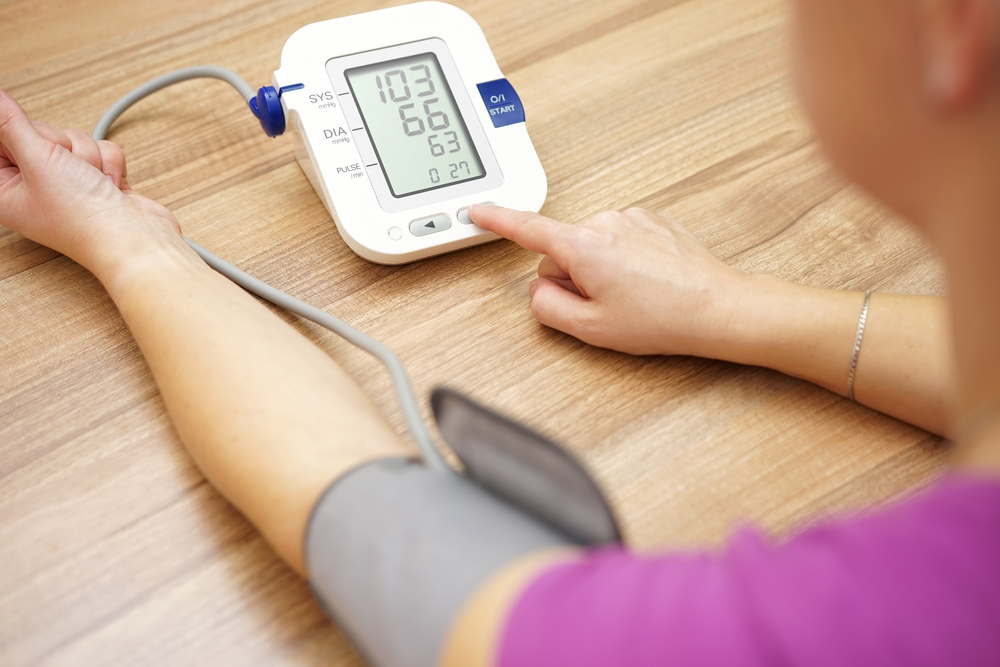 Blood pressure is the force at which blood is propelled through the blood vessels to all the parts of our body.

Blood pressure levels are frequently regulated by our body to prioritize blood flow to aid specific functions. E.g. After a heavy meal, blood delivery is directed to digestive organs to facilitate efficient digestion.

The body can regulate blood pressure with a combination of neural networks and hormonal mechanisms.

This is the quickest form of blood pressure regulation performed by our bodies. It is controlled by the cardiovascular center in our brain and it forms a part of our autonomic nervous system.

The cardiovascular center is located in the medulla oblongata of the brain stem and it provides a rapid neural mechanism for the regulation of blood pressure.

It consists of the following 3 distinct regions which are responsible for performing certain functions: –

They are sensors located in the carotid sinus near the throat and the aortic arch in the heart.

They are a type of neuron, namely, ‘Mechanoreceptor sensory neuron’, that are excited by a stretch of the blood vessel.

When there is an increase or decrease in the mean arterial blood pressure, it alerts the central nervous system to trigger an appropriate response.

These receptors are a part of the ‘baroreflex’ which is an autonomic reflex system that influences the cardiac output and helps to regulate short-term blood pressure.

They are also situated in the carotid sinus near the throat and the aortic arch in the heart.

The cardiovascular center also receives signals from the higher brain regions such as the cerebral cortex and hypothalamus, for triggering certain responses (stress control, fight-or-flight response, temperature adjustments, etc) that might require adjustments in the blood pressure.

The short-term regulation of blood pressure is designed for making immediate adjustments to the blood pressure levels for the sudden drops or changes that occur normally all the time.

E.g. standing up from a sitting position, stopping in an elevator, jumping from a high point, etc can all affect blood pressure levels that need quick adjustments.

The body has other mechanisms for regulating blood pressure in the long run.

The long-term regulation of blood pressure in the body is carried out by various functions performed by the kidneys.

The kidneys can do this with the help of a very important hormonal system called ‘Renin-Angiotensin System (RAS)’.

It is also known as the ‘Renin–Angiotensin–Aldosterone System (RAAS)’.

When blood flow to the kidneys is reduced due to lowered blood pressure levels, certain cells inside the kidneys called ‘juxtaglomerular cells’ start converting prorenin (a protein that is a precursor to renin) into renin. This ‘renin’ is immediately secreted into the blood circulation.

It reacts with blood cells to form plasma renin that again reacts with the hormone ‘angiotensinogen’, released by the liver.

This reaction converts the angiotensinogen hormones into a peptide hormone called ‘Angiotensin I’.

The vascular endothelial cells, usually found in the lungs, have a particular enzyme called ‘angiotensin-converting enzyme’ that, as it sounds like, – converts the Angiotensin I hormones into ‘Angiotensin II’.

Angiotensin II is a strong vasoconstrictive peptide that is known to cause blood vessels to narrow. This narrowing of the blood vessels will increase the blood pressure back to normal levels.

Angiotensin II is also known to stimulate the secretion of another important hormone called ‘Aldosterone’ from the adrenal cortex.

This process increases the volume of extracellular fluid in the body which in turn, also raises the blood pressure levels back to normal.

Angiotensin II levels in the blood can sometimes be too high. So, to maintain an optimal blood pressure level, the body releases another hormone to counter angiotensin II, called ‘Atrial Natriuretic peptide’.

This hormone is secreted by specific cardiac muscle cells in the walls of the ‘atria’ inside the heart. Low-pressure baroreceptors situated inside the heart sense the stretching of the atrial wall due to increased atrial blood volume.

This triggers the release of ANP which influences the kidneys in the following ways: